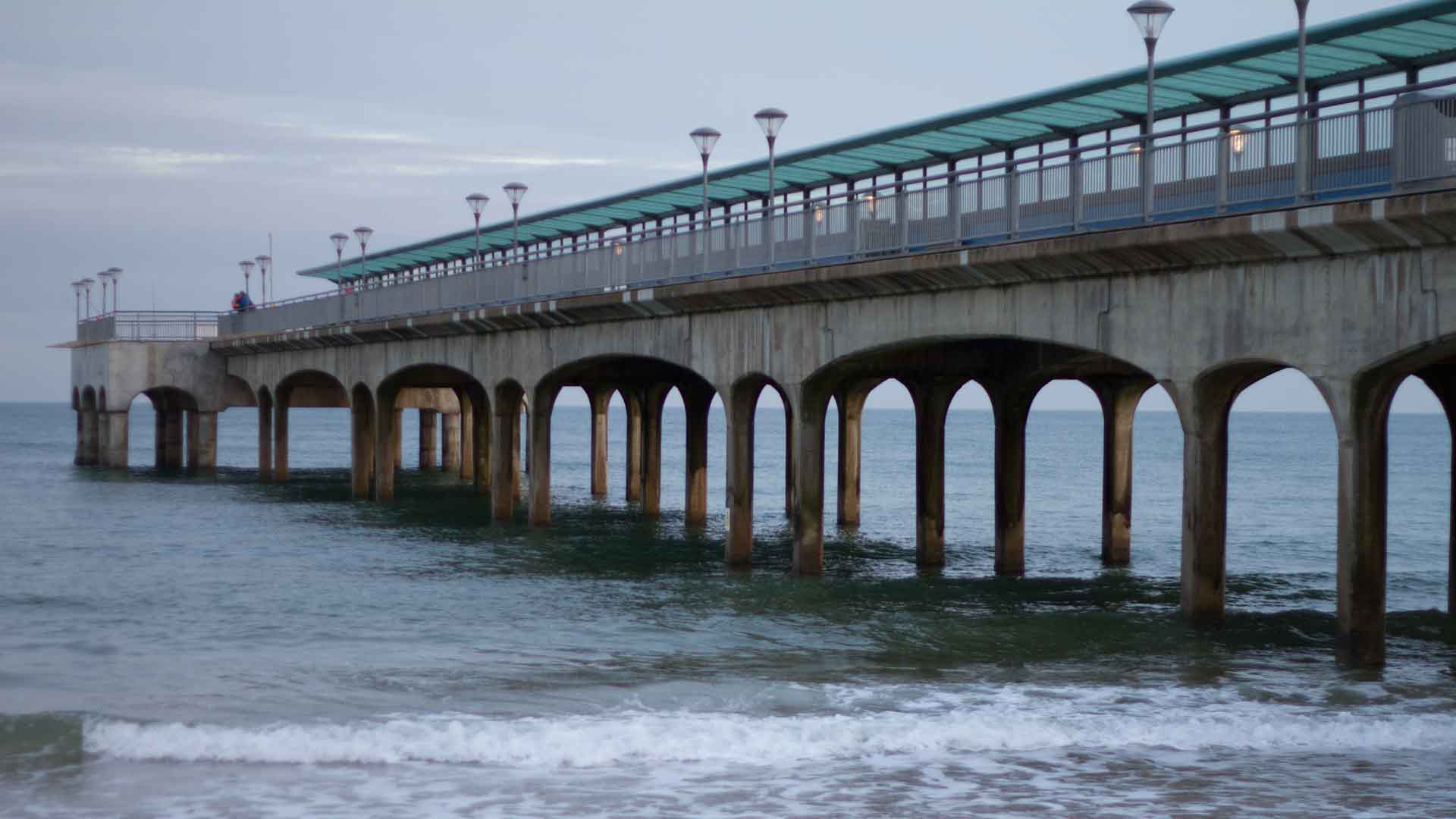 It was in 1878 that Boscombe’s first building - a coaching inn which was known as The Ragged Cat, which was a resting place for those taking the long journey from Christchurch to Poole. It was 1884 when people began building houses and shops. Boscombe is a far cry from its heyday in the late 1800s and 1900s, however you don’t have to look hard to find a glimpse of days gone by which include spectacular Victorian and Art Deco buildings. The 600 feet Boscombe Pier is located on the Undercliff drive and was formally opened on July 28th, 1889, built as a visitor attraction the Boscombe Pier Company had been previously established in 1886 and the first work starting in October 1888. The pier head was added in 1926 to allow a landing stage at each side so that the excursion steamers could call. This turned out to be unsuccessful, the local council took over the pier in 1904 and built buildings at the entrance and on the pier head. As with most piers around the country it was partially demolished during world war II with measures taken to defend the country with the pier remaining derelict for many years, only reopening in 1962.

During the revitalisation of the British Seaside in the post war years the borough architect John Burton designed the modernist 1950's entrance which was Grade Listed in 2004. The pier was home to the Mermaid Theatre alongside another entertainment icon the roller rink. Overtime the Mermaid Theatre lost its popularity (some felt due to the curse which was cast on the theatre which had dared to open on a Sunday) and closed in 1989. 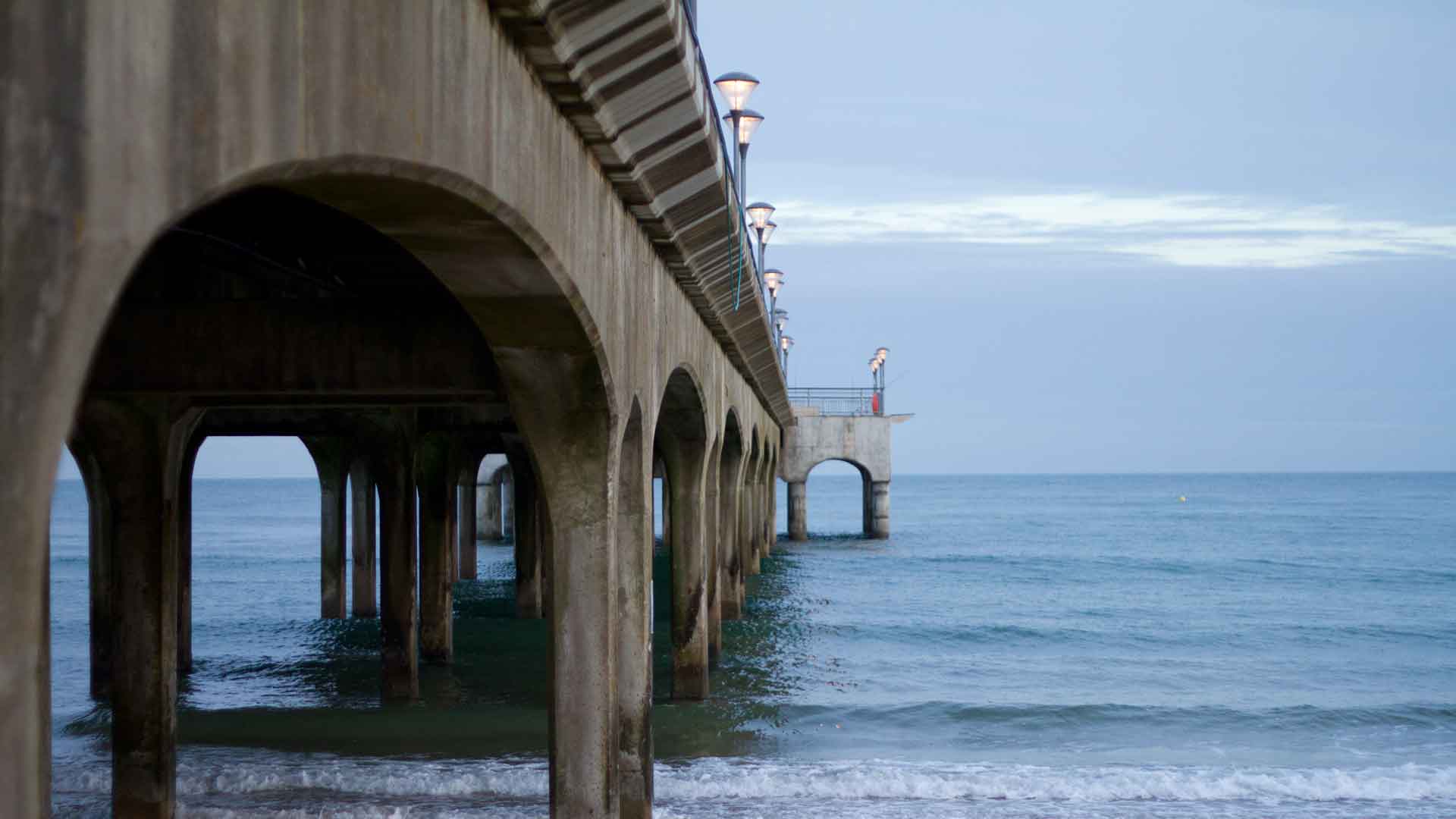 The plans drawn up in 2003 to regenerate the Boscombe area including the assistance of Red or Dead founders Wayne and Gerardine Hemingway. Beside the pier the Boscombe Overstrand building was given a new lease of life. The beach Huts becoming surf pods in single, double and pentapod variations. The pods are styled in a retro seaside decor and each pod is unique. Below is a time lapse video showing the changes to Boscombe pier during the development of the Overstrand.

Site of the now failed artificial Boscombe Surf Reef not the success that the council had hoped and part of the regeneration of the area, Boscombe pier area is a good family beach with a number of lifeguard stations during the peak season. The Hemingway inspired pods are available for hire and an ideal base for you and your family with the area having attractions such as a Harvester Restaurant,  surfing academy and Urban Reef, with the  put together to reinvigorate Boscombe’s community spirit. As you wander along Boscombe Pier, you will discover several beautiful musical instruments lining the route. and surprise yourselves with what fun this really is for adults and children alike. These instruments are hand crafted and made especially for the pier. 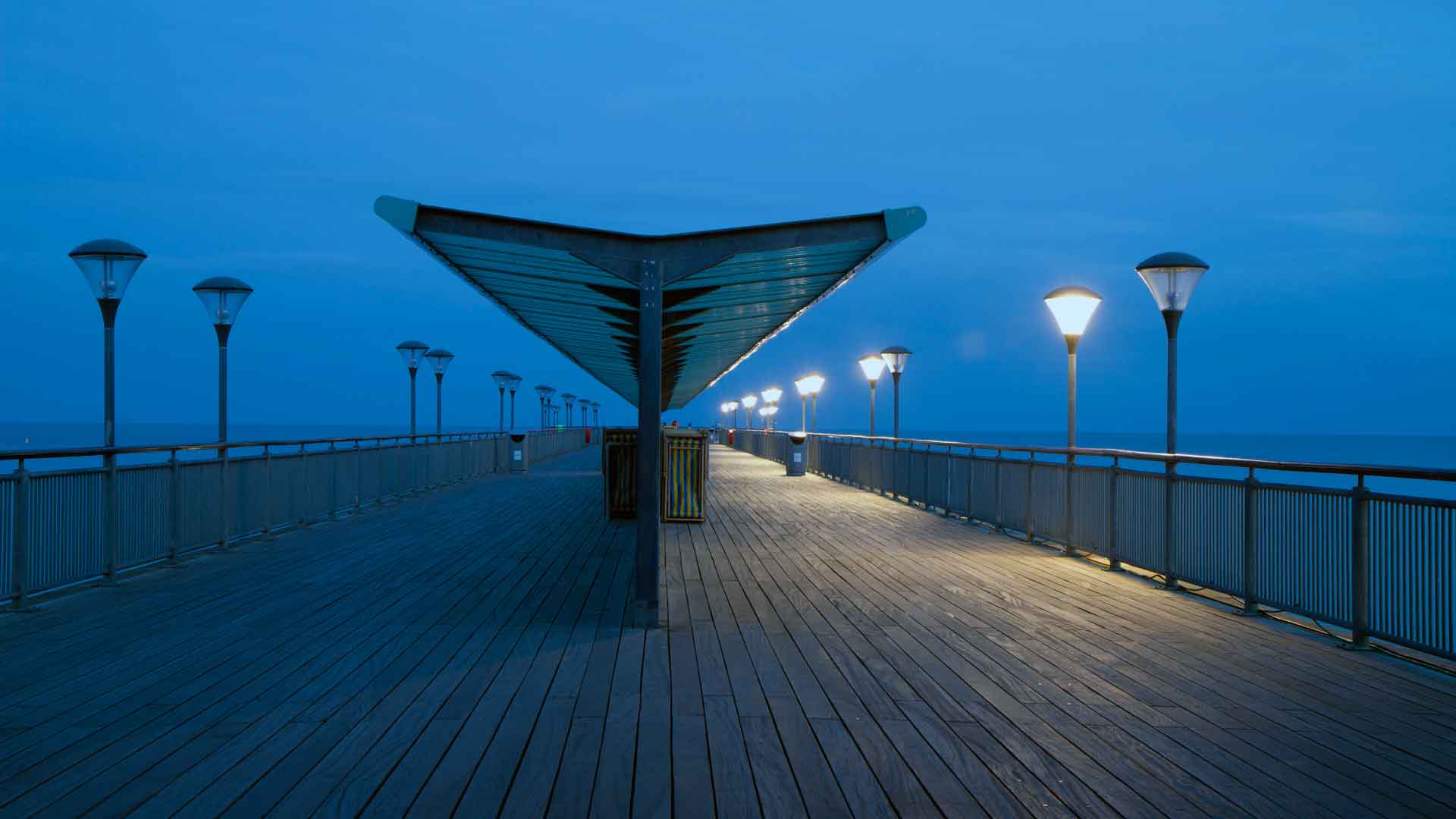