There are thought to be 20,000 private beach huts in the UK, including ones owned by celebrities such as Suggs, from Madness, in Whitstable, and the Rolling Stones’ Keith Richards at West Wittering in Sussex.

Beach Huts have become the Icons of the British Seaside Resort, even though they come with limited facilities and are small in size. Popularity is till growing with many of Bournemouth Borough Councils waiting lists closed for new entries. Form of the beach hut can vary from town to town is instantly recogniseable taking their appearance from their predecessor the bathing machine. While many beach huts were former fishermen's huts, boatsheds or converted Victorian/Georgian bathing machines which looked like beach huts on wheels, some of the earliest purpose built municipal beach huts in the UK were erected at either side of Bournemouth Pier in 1909. These beach bungalow's were  designed and built, by Frederick Percy Dolamore, the towns chief assistant borough engineer and surveyor. There is a plaque celebrating Bournemouth as the home of the beach hut which is placed onto the beach bungalow 2359 which is a fair size of 7 feet by 7 feet.

Today there are believed to be around 20,000 beach huts in the U.K with nearly 2,000 beach huts along Bournemouth beach, around 70% of these beach huts are privately owned. The huts along the promenade vary in style from the traditional, wooden, shed-like constructions to the ultra modern Wayne and Gerardine Hemingway designed beach pods introduced in the £11 million Boscombe regeneration scheme or the  'Bournemouth Beach Lodges' introduced in 2017 at Manor Steps. 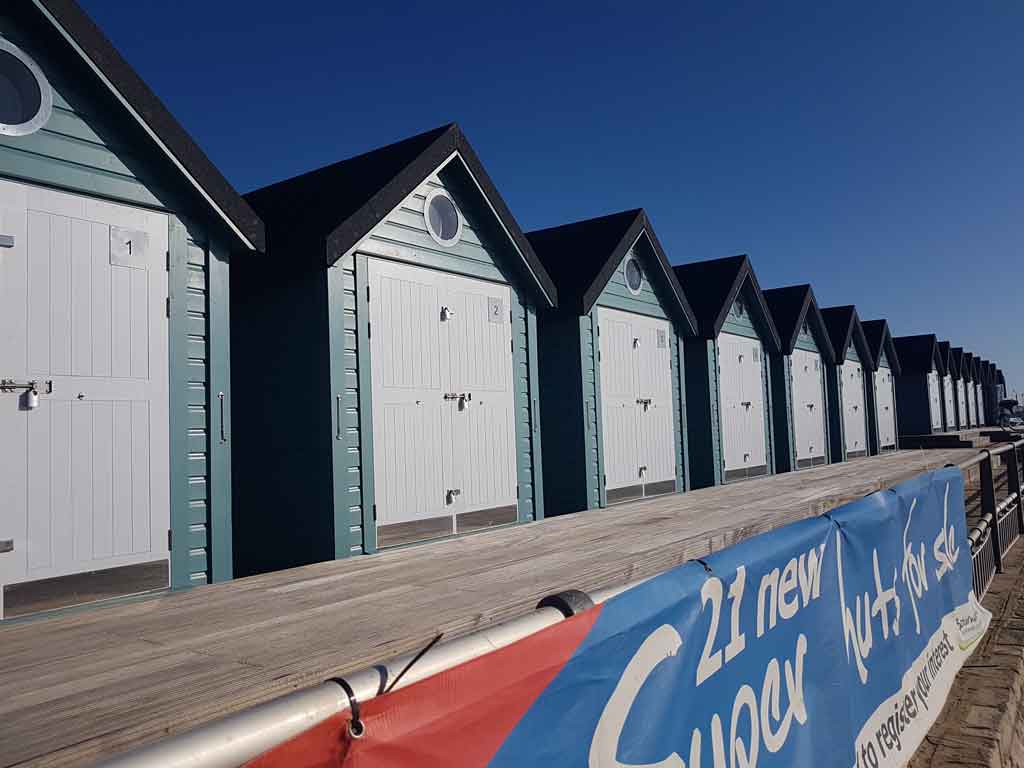 Superhuts are becoming more popular as the Council continues its seafront works, there are superhuts at Bournemouth, Alum Chine and Southbourne which are available on a 25 year lease. The hut specifications include Interior: 3.4m x 2.3m (7.82m²) Window: ‘Porthole’ style, stainless steel frame, with circular laminated glass. More information is available from the council website here.